There is nothing that parents the world over covet more. It occupies our daily thoughts and dominates our conversations.

If you ever listen in on parents chatting, it always goes something like this:

“Beautiful. She’s lovely. Is she sleeping through the night yet?”

“Uhhhh. No.” (Do you see my face? Does this face look like she is sleeping through the night!?!?!)

“Well, you should sleep train her!”

Thirty years ago, sleep training, along with things like sleep sacks and bumbo chairs just simply did not exist. At least not in the way that it does today with books, online forums and sleep consultants that will actually come to your house (for a small fortune) and spend the night with your baby!

Of course parents have been ‘sleep training’ their babies for decades, but likely it was born out of pure practicality. I’m sure most of us were made to ‘cry-it-out’ to some extent because when you have multiple children and an endless to-do list, that’s just what you have to do to survive.

Today, in our internet-based society, no longer do moms turn to their moms, sisters or aunties for help and advice. They turn to Google, leading to hours of ‘research’ on parenting forums, blogs and online discussion groups making the task of navigating the muddy waters of raising children that much murkier.

Before becoming a parent, I had no clue about infants and sleep. You may remember how I struggled with Henry, confused by the conflicting advice and opinions that I read online and in parenting help books. This time around with Alice, I thought, I am going to get this sleep thing right from the get-go and sail through the dreaded ‘100 days of hell’.

Ha! What a naive thought! Alice, of course had other plans.

Trying not to use ‘sleep props’, like a soother, swaddling or nursing/rocking to sleep, I cruised through the blissful first week week of Alice’s life, congratulating myself on our success. This honeymoon period of infancy where babies sleep through anything and fall asleep at the drop of a dime is made to make parents feel that having a baby ‘really isn’t so bad’ and lead to statements like, “I don’t really know what people are complaining about, having a baby is easy!” (Blake!).

THIS IS NOT REALITY! DO NOT FALL INTO THIS TRAP! 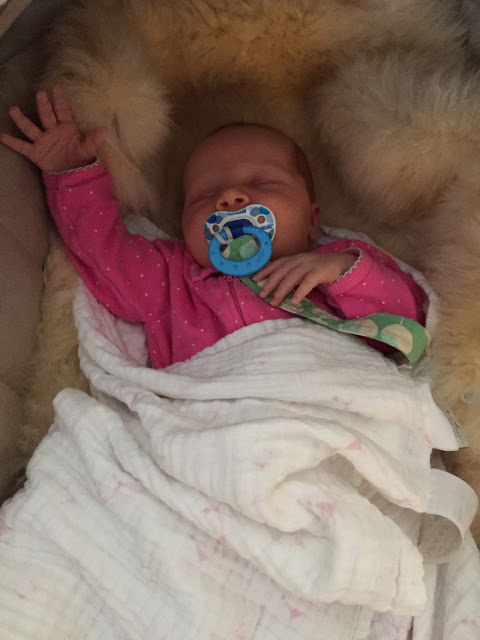 So then, it hits you, crashing through the blissful quiet. The wailing, screaming and crying. Henry definitely cried as a baby, but Alice definitely takes the cake on this one! For the first few weeks, Alice’s only states of being were sleeping, feeding and crying. It seemed rare that she would be awake and happy. I quickly dropped my lofty goal of getting her to sleep without help from me and entered into survival mode. I tried everything. I gave her a soother, I bought a special swaddle sleep sack, I blasted white noise, I rocked her, I nursed her, I drove her around in the car, I ran with her in the Chariot, I swung her in a swing…  Nothing seemed to work.

I felt like I was losing my mind. We struggled through those weeks. Oh, how we struggled.

Alice would cry for hours in the evenings, then would be up every 2 hours at night to feed.  It wasn’t uncommon for me to spend up to two hours trying to get her back to sleep leading to a nightly average of about 4 hours of sleep broken up throughout the night. I remember saying to my girlfriends loved seeing 4am on the clock because that meant that there was only two more hours of hell left.

It was beyond exhausting and I felt like I just could NOT get a break. Just Alice and I, battling it out together in the spare room, night after night. You would think that I would be used to chronic sleep deprivation after the gruelling hours of medical school then residency, but let me tell you, I would rather repeat all of my medical training before going through the newborn phase again and that is saying a lot! 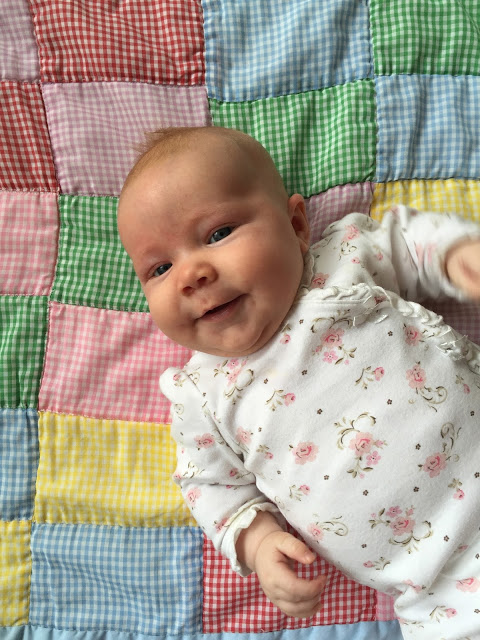 Then, magically, around eight weeks, Alice started stretching out the time between feeds so that she was waking at 10pm, 2am then 5am. A few times, she even slept 6 hours straight. On those nights, I felt that I had slept for an eternity! Unfortunately, though since she was reliant on the soother, we slipped into soother torture where she would wake every 40min, realize that her soother had fallen out and cry. I began sleeping with one hand in the bassinet, blindly replacing it in her mouth repeatedly throughout the night. At one point, in my sleep-deprived state, I realized that I had been trying to put her soother into her eye for quite some time while wondering why she wasn’t settling down!
Things had to change.
At three months old, we began our sleep training.
Because we had done the same with Henry at three months, I knew we could teach Alice to soothe herself to sleep without a soother or being nursed/rocked, etc., yet I had so much anxiety and self-doubt about whether or not I would be permanently harming her psyche. I debated and debated. In the end, my need for consolidated sleep and my return to our own bedroom won out.
On June 1st, fortified with the industrial ear muffs, I gave Alice her bath, snuggled her into her jammies, then after a quick song, I put her in the bassinet and steeled myself for the crying. It was so much easier this time around. Only after 20minutes of fussing, Alice conked out.
Night #1 she slept from 9pm until 7:45am without a peep. Halleluia!
We moved my mattress out of the spare room (where Alice and I had been sleeping) and transitioned Alice into the crib as she was already too big for the bassinet. Despite these changes, Alice’s success continued and now, a week later, Alice is reliably sleeping from about 8pm until 7:30am and will only fuss for about 3 minutes after being placed into her crib.
It is not an over-exaggeration when I say I feel like a new person! 🙂
Now, after both kids are in bed, Blake and I can enjoy each other’s company, have friends over or have a drink on the deck without a peep from either of the babies. It is truly amazing. The best part, though is that Alice is such a happy baby. She wakes from her naps with smiles and her awake time is spent cooing, smiling and laughing.

These days, I am enjoying parenting and being at home so much. Now, my looming start back to work scheduled for July (part-time only) seems that much more unappealing. More reason to truly soak up these sunny days with my two amazing kidlets! 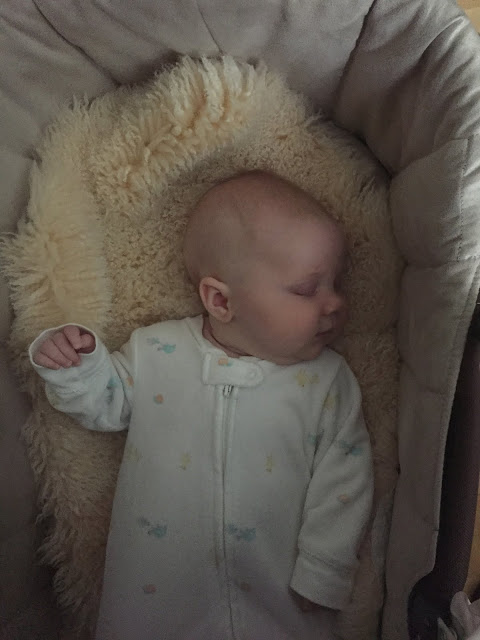