Posted on October 6, 2015 by lifeonabramlake

Fall is by far my favourite time of year, and so far, we haven’t been disappointed. We’ve been so lucky to have had many warm afternoons playing in the yard surrounded by beautiful fall colours contrasted by the sparkling blue lake. Henry is much more independent in his play now and loves to crawl around in the grass, inspecting pine needles, pinecones and other interesting finds. He’s also been lucky enough to have access to all of Brooks’ and Hunter’s toys. His favourite is a Thomas the train that he can sit on and drive around the yard. After a few weeks of one of us driving for him, Henry all of a sudden discovered how to push the button himself and away he went! Unfortunately, he still hasn’t mastered steering so it involves us chasing him around the yard so that he doesn’t crash! I was dying laughing the first time he did it, as he didn’t seem at all surprised or excited that he was self-zooming around the yard! Henry has also started to stand unassisted without holding onto anything, so I think that walking is not too far off now. He loves to charge around holding onto your hands or pushing a chair and he is CONSTANTLY on the go, so it will come as no surprise if one of these days (very soon) he just starts running around on his own! 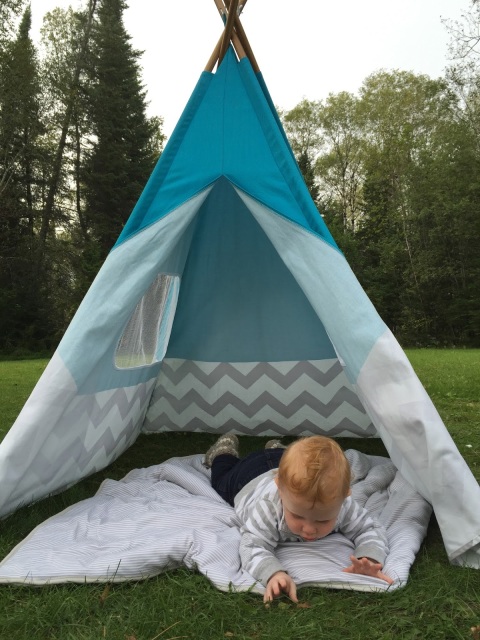 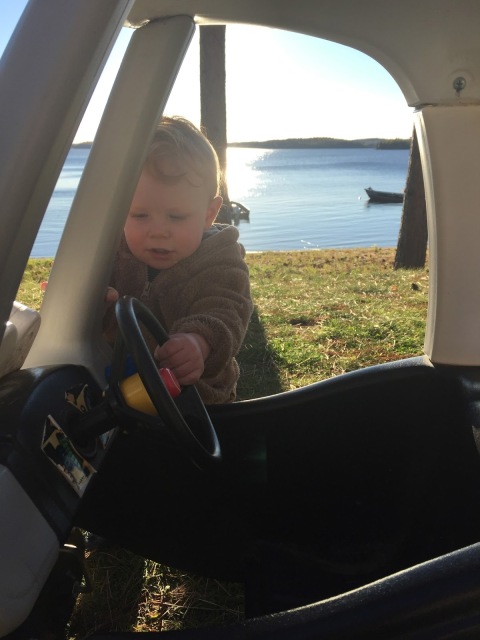 Since my last post, we’ve had the pleasure of welcoming my brother John and his partner Meghan to Sioux Lookout. John is doing his consolidation placement in practical nursing at the hospital and Meghan is working at the local Native Friendship Centre. It’s been so nice to have them here and it’s been lovely to have an extra set of hands (or two!) to help with Henry.

To welcome them, Blake and I surprised them with a float plane tour of our area. It was pretty surreal when we stood on the beach and waved the pilot down. He picked us up right in front our of our house! We had expected to go on a pretty tame sight-seeing tour, but Blake had requested some ‘roller-coasters’, and our pilot obliged with pleasure. It was a wild ride to say the least! I couldn’t stop laughing (with terror and excitement) the entire time. Needless to say, it was quite the rush and at the end of our joy ride, the pilot dropped us off at the docks of one of the local restaurants where we had a lovely dinner out. A true Sioux Lookout experience! 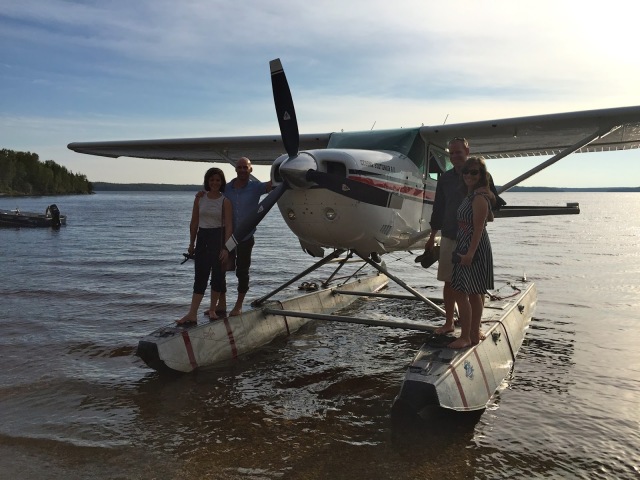 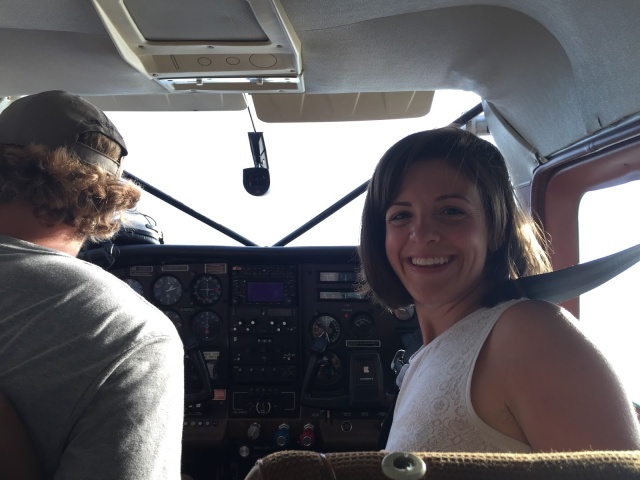 At the end of September, we celebrated our third anniversary and my birthday. As there aren’t too many options for places to go out, we were lucky that Sarah Harmer, one of our favourite Canadian artists happened to be doing a Northwestern Ontario tour and made a stop at the Sioux Lookout high school gym for a concert. She was amazing and we had the chance to meet and chat with her after the show. Again, an experience that you’d only get in a small Northern Ontario town 🙂 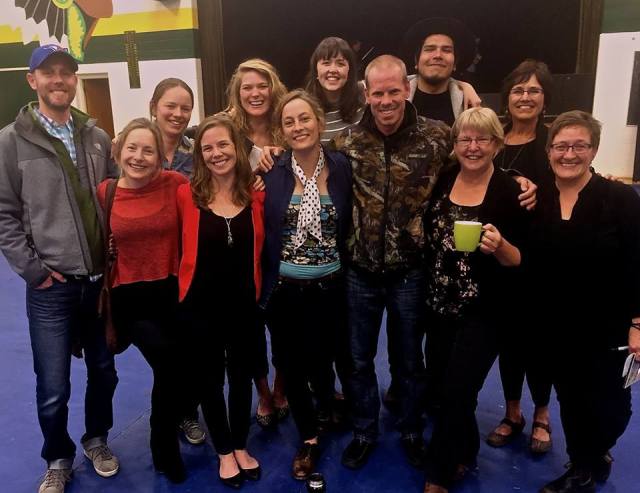 In not so fun news, I’ve been back to work ‘full-time’ this month which has been challenging to say the least. Unfortunately, in our occupation, there isn’t an upper limit of how many hours a week we work, or what even ‘full time’ is as there is no traditional 30-hour work week. For instance, in one week, I clocked over 65 hours and in the week after, over 100 hours (including call shifts).  Needless to say, I was missing Henry and sleep big time! It seems like an ongoing battle within myself to balance the need to be at home and with Henry and Blake against my duty to work, and devote the hours necessary to serve our patients and communities. It’s a struggle that I know will be ongoing for many years to come.

Over the past week, Henry and I have been home alone without Blake and boy do we miss him! I am so fortunate to have Blake at home to help with childcare. I really don’t know how single parents manage on their own. Of course it’s been great to have time to spend with Henry, but I have also had to drag him along to full-day meetings, academic lectures and general admin work at the hospital. He did great, I have to admit though. He’s definitely busy but at least he’s always happy to scoot around the room or play with his toys. The best part is that he still will nap wherever which has been a blessing, as I have been able to put him in his tent wherever I may be for a snooze.

On a not so happy front, Henry has caught his first really bad cold and has been miserable for the past 48 hours with a goobery nose, fever and cough. Poor guy. I feel terribly for him as we spent most of last night in the rocking chair as he couldn’t breath due to his congestion when I lay him down. We are both pretty pooped and I have my fingers crossed that tonight will be better! I am hoping that he will get better in the next 24 hours as we are traveling South to visit family for Thanksgiving and for Blake’s father’s retirement party. Fingers crossed all will go well! 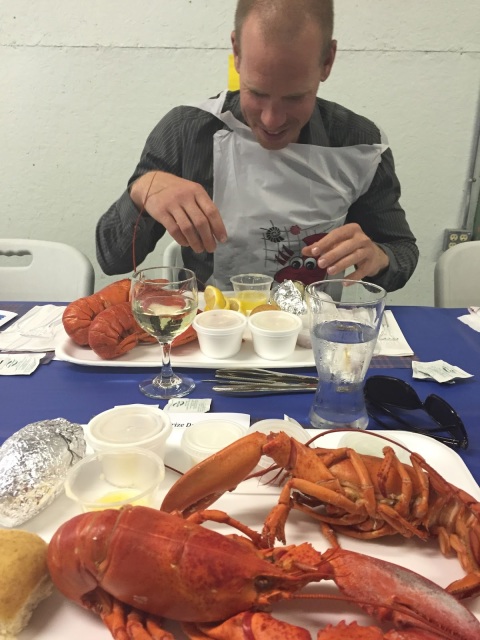 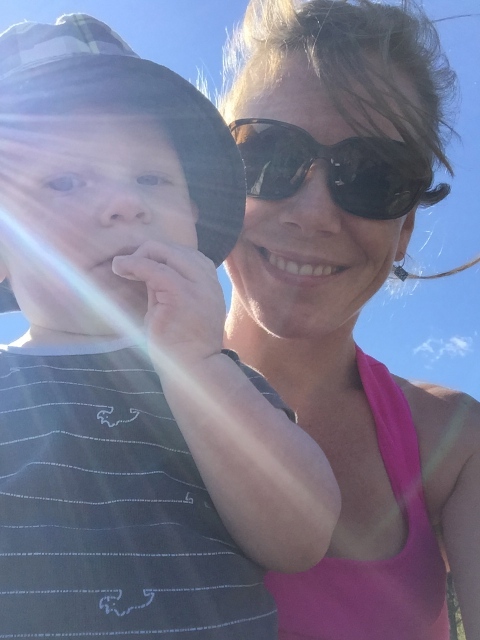 ← Our canoe is soon to overflow :)
An Abram Lake photo shoot →