My Sorel boots crunch through the crust as I plod along the snowmobile track. I push my hair away from my eyes in an act of futility while the cool wind whips across the expanse of Abram Lake. It is dusk and the long light that trails sundown evokes a calm on the wintery scene. Henry slumbers lightly, rosy-cheeked and pouty-lipped, cuddled close to my chest in the baby carrier. The horizon of characteristic boreal forest stretches out in front of us – tall pines contrasting the white of the snow. A small twelve-seater plane buzzes above in the distance.

Out of the quiet, I hear muffled yelling on the shoreline a hundred meters away. I turn to see our neighbour, sock-footed on his deck, arms waving as if to guide the Bearskin flight above to safe landing. “Welcome home!”, he exclaims before giving one last wave and ducking back into the warmth. 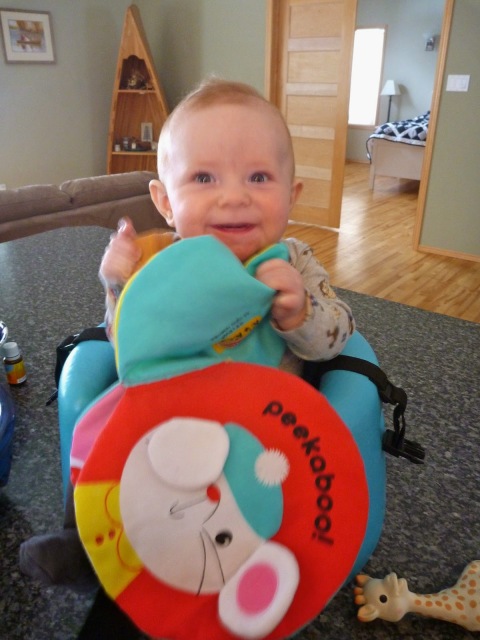 Three time changes, a hotel, an overnight with friends in Calgary, a flight and a long car ride and we are back in Sioux Lookout. From Revelstoke, to Banff, to Calgary, to Winnipeg, we have hopscotched across the country once again.

Our past two weeks in Revelstoke were of mixed emotions. The warm weather had plagued the ski hill and had virtually ended Blake’s mountain ski adventures. We had filled our days with an overnight trip to Nelson, visits with local friends and swims in the resort pool. On our way out of town, the trailer packed to the brim with baby and ski gear, Blake wistfully said to me, “I feel like I am leaving a fancy restaurant hungry, and the McDonalds is closed”. He then promptly began discussing our trip West for next ski season 🙂 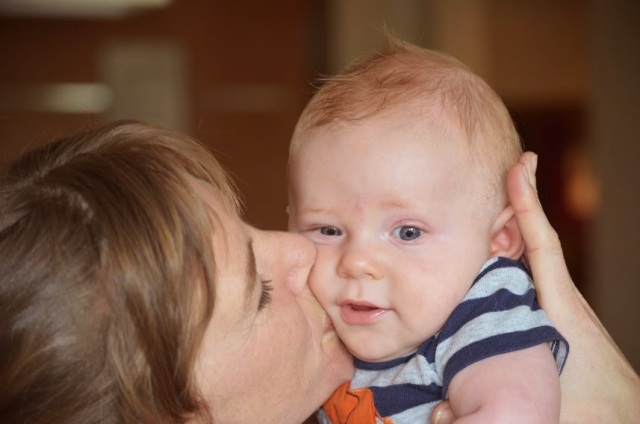 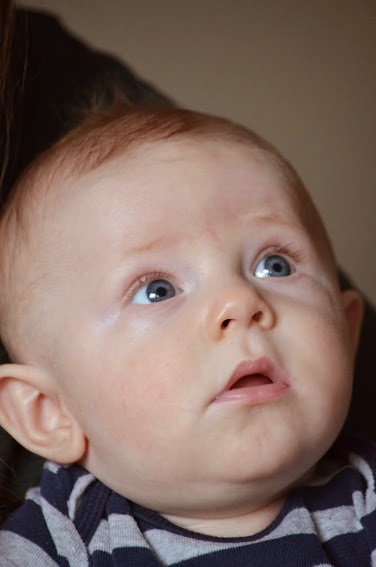 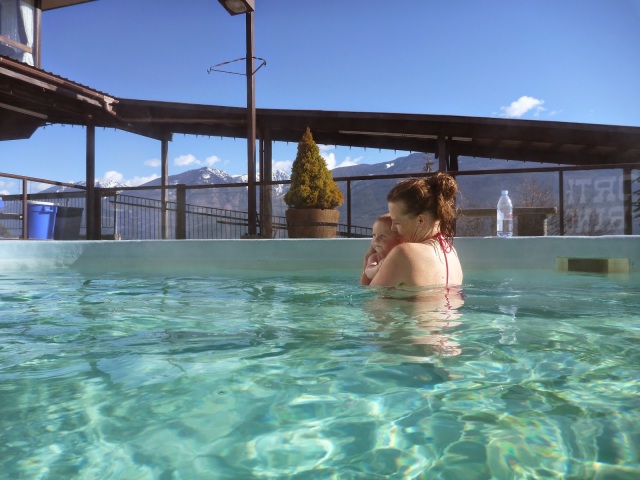 For me, the mourning of the end of our time in Revelstoke wasn’t so much about the skiing, but more about the fact that soon, I would have to turn on my pager and dig out my stethoscope. Yet another big transition, one that Henry will fare much than I in getting through. Even now as I write this, I feel a sinking feeling deep inside knowing that come Monday, my sole focus will no longer be caring for my adorable, chubby child.

Adding to my sorrow was the fact that for the past two weeks, Henry has gone on a nursing strike. I thought perhaps it would be a phase, but he consistently arches his back, braces his arms against my chest, turns his head and yells in defiance every time I try to breastfeed him. I now mourn the end of this part of our relationship as I strap on the pump and wash endless bottles and pump parts. It’s as if he somehow knows that I will no longer be completely available to him. And so I mourn the loss of my tiny baby and adapt to this independent, insatiable little man who would prefer to take in the world around him rather than stare at my chest.

Back at home, we have (mostly) unpacked and begun to settle in. Henry has now graduated to his big crib and has been so good throughout the move. Although it has been a bit rocky on the sleep front, I marvel at how well he has done over the past week with the long car rides, sleeping in hotels and generally being hauled around the country. I know I shouldn’t spend too much time blowing my horn about Henry, but seriously he has been so easy going throughout all of this change. He even slept the whole entire flight from Calgary to Winnipeg (although that was AFTER he had a MASSIVE poop explosion during takeoff! The poor 20-something beside me, I’m sure, was trying not to gag while Henry, his blanket and myself were covered in poop. It felt like EONS before the seatbelt sign was switched off and Henry and I could bee-line it to the bathroom!).

I can’t thank all of you who have taken the time to follow our adventures during my maternity leave. Your love and support, from East to West, has really been fantastic. I will definitely be doing my best to keep the blog going as I return to ‘real life’.

Thanks again for reading!