Posted on December 4, 2014 by lifeonabramlake

It’s 6:45am. With Henry in the sling, we sit by the woodstove in my parent’s kitchen in Muskoka  – Ada at my feet. We have been up since 3am nursing, walking the creaking farmhouse floors, pumping, burping, changing, etc. Three times I tried to put him down in the bassinet, each time unsuccessfully. I finally gave up on sleep at 5:30am, put Henry in the carrier, turned on the coffeemaker and pulled out the computer.

It’s been almost two weeks since we have been in Southern Ontario with our families and friends. Henry is becoming an intrepid traveler 🙂 braving multiple trips to and from Muskoka to visit. In actual fact, he’s fantastic in the car and mostly sleeps, with occasional meltdowns requiring immediate roadside nursing sessions!

So far, our travels have taken us from Muskoka to St. Catharines, Dundas, Toronto and Burlington. Our first visit was with my ninety-seven year-old Grandpa Joe. It was pretty special to see him take interest in the squirmy bundle of chubby legs and kissable lips!

Our first weekend in Muskoka, Blake’s brother, Darren and his four year-old daughter Ava came to visit. It was a beautiful weekend with lots of snow allowing for snowfort-building, snowshoeing and snowman-making. Ava was adorable and very motherly to Henry – patting him on the back, helping to change his diaper and frequently cupping his face with her hands while planting kisses on his face. 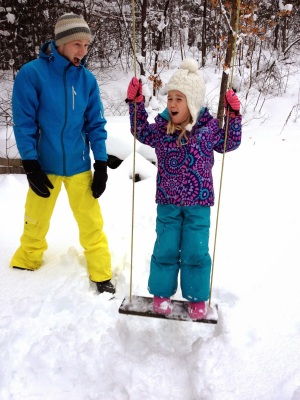 We also traveled to Dundas to visit my other grandparents on the Sprague side. Henry visited with his namesake, his ninety-nine year-old great-grandfather Henry Sprague. Although both of the Henrys slept through the entire visit, it was so amazing to think about the connection between the two Henrys and the many historical events, political changes, lives lived and technological advances that have occurred within the 100 years between my grandfather and my son’s births. Henry also met my Nana, who at ninety-four has been following Henry via pictures sent to her iPad. I am so grateful that he was able to meet all three of his great-grandparents.

On our way back to Muskoka, we stopped briefly in Toronto to see my good friend Emily and her partner, Nick. Although it was a quick visit, it was fabulous to see her and her new puppy, Gus!

Back in Muskoka, with the snow falling again, the paces of day-to-day life are pretty blissful. Mornings are drawn out with cups of coffee and snuggles by the woodstove and evenings are spent visiting with my parents and brother and games of Settlers of Catan. Having my Mom help out with Henry has also been fantastic. Blake and I have had a few outings just by ourselves which, to the non-parents out there, doesn’t seem too exciting, but even an hour at the gym or a lunch out without Henry have been quite special 🙂 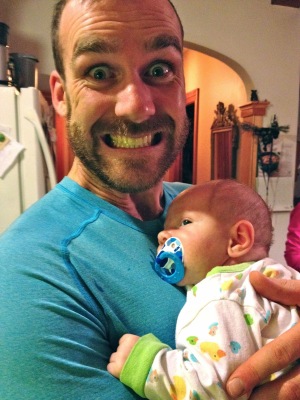 Now as 5 weeks have passed, I cannot believe how quickly the days have slipped away. Henry has been growing and changing at a mind-boggling pace. At 4 and a half weeks, he tipped the scales at over 10lbs, which is no surprise as he loves to nurse and has been rapidly packing on the pounds. Blake’s mantra for him has now become, “Oh Hungry? Oh Henry!”.

Parents of newborns the world over I’m sure can identify with the constant amazement at how each day brings something new. I hope I never forget the flipflop of my belly the first time, while singing to him, Henry looked into my eyes and smiled. Henry still snoozes most of the time and usually feeds every 4 hours, but now actually spends some time alert and happy. I love watching him take the world in with his beautiful blue eyes 🙂 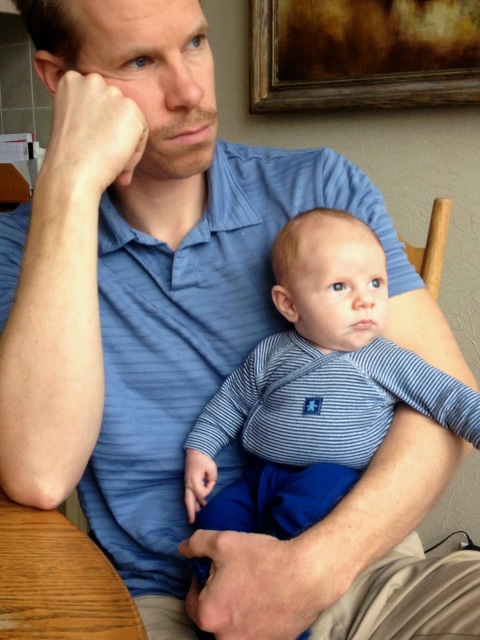 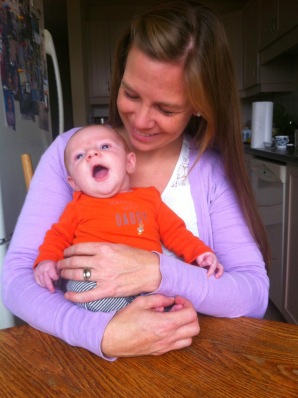 ← On the move
The Sleep Obsession →